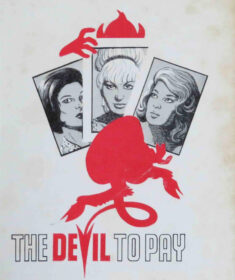 With a pedigree that can traced back to at least Edgar Allan Poe, Detective Fiction is today a hugely popular area of rare book collecting. Finding 19th century fiction classics in first edition can be extremely challenging (and expensive), but fortunately the massive uptake in popularity for detective, thriller fiction and true crime in the 20th century, alongside the often splendid dust-jacket artwork that accompanied them, has allowed for an entry level for collectors at a range of different budgets.

Today the market for crime, detective and thriller fiction is stronger than ever, thanks in part to increasingly well-made TV and film adaptations, as well as the sterling work by the British Library in reprinting many semi-forgotten classics from this genre. People love reading them, and it is a sufficiently big area that you almost never could run out…

Truffle Books loves finding, and selling, detective fiction! But it is an area of first edition book-collecting that has its pitfalls. Even first editions from the Golden Age of detective fiction can be hard to spot; different prices to the dust-jacket, titles listed in the publisher’s advertisements, the rise in increasingly sophisticated detective fiction dust-jacket facsimiles. There are bibliographies available, but they are not for the faint-hearted, either as so mind-numbingly complicated, or far too sketchy to be of much use. Feel free to contact Truffle Books about any books you have for an impartial, and free, evaluation.

No products were found matching your selection.